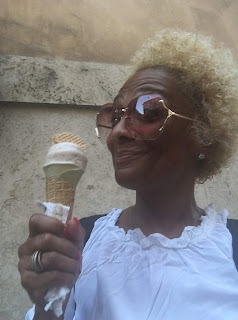 Dr. Stephanie D. Barnes
I am a woman who decided on joy! I was divorced after 21 years of marriage and decided that although my marriage had ended, my life had not! I committed to find joy in the midst of my storm and creating a peace that was impervious to my circumstances. I see life in all its possibilities! I believe that my life is the product of my choices. I choose joy! I am also the author of Deciding on Joy! My Journey from Breakup to Breakthrough in 30 Days. Deciding on Joy is an eloquent story that helps you to stand boldly on the precipice of your rebirth and prepare to fly. It equips you to draw on the best of your life to make the best of a devastation and create a brilliantly beautiful new life. It is roadmap for the rediscovery of the person who had the power all along to create the life she always dreamed of.